We continue to be inundated with conflicting messages on diet and nutrition. March is National Nutrition Month. Here is Karen Collins, AICR’s Nutrition Advisor, explaining the conflicting nutrition news and headlines, and helping you make sense of them.

I try to follow nutrition research so that I can make smart choices. But I am so overwhelmed by conflicting headlines that I am about to give up. How can I keep up without going crazy?

It can be overwhelming if you expect that you should change your eating habits based on each new study. But that is not what these studies are for. Scientific journals provide a vehicle for scientists to document individual steps in the process of scientific investigation. Scientists know that before accepting results of a study, it needs to be repeated several times by other people to see if findings are consistent.

Even a study that is designed and executed well can lead you astray if you try to use it as a stand-alone guide to reduce your risk of cancer. Problems can stem from several sources: 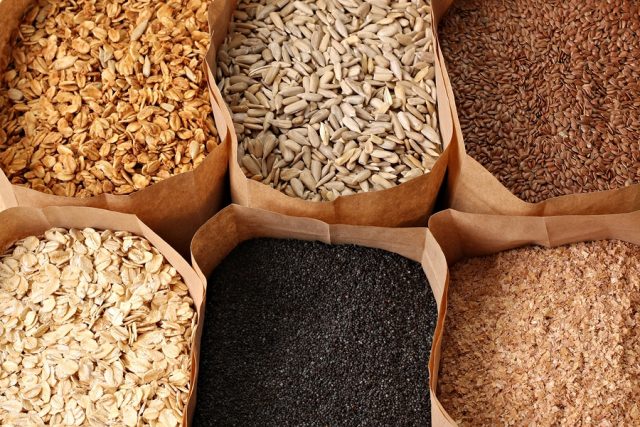 Example: Whole Grains – Phytates and lectins are sometimes called “anti-nutrients” based on laboratory studies in which they can bind to (and potentially decrease our ability to absorb) some nutrients. And claims are circulating that lectins can attach to gut walls and promote inflammation. Some headlines say that whole grains are major sources of these compounds, so we should avoid them.

Any potential risk from these compounds may be overpowered by the multiple nutrients and protective plant compounds in whole grains and legumes.

However, although phytates can decrease absorption of iron, for example, that can be counter-balanced by eating foods that increase iron absorption, such as fruits and vegetables with vitamin C. Moreover, evidence suggests phytates may yield cancer-protective effects through influence on cell signaling and antioxidant and anti-inflammatory defenses. Lectins are high in uncooked grains and beans, but proper cooking markedly reduces content.

Lower cancer risk is most likely based on what you do eat as well as what you don’t eat, and finding an approach that you can realistically sustain as a long-term habit. 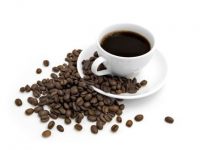 Example: Coffee – A compound called acrylamide is carcinogenic in rodents. Hearing that acrylamide can form in the process of roasting coffee has led some people to worry that coffee is a cancer risk. However, the dose of acrylamide in these studies is 1,000 to 100,000 times higher than what humans get from diet. And since rodents metabolize the compound differently than humans, their exposure is even further in excess of ours.

Moreover, coffee also contains other compounds, such as polyphenols that may support antioxidant defenses and help reduce cancer risk. Before jumping to conclusions based on laboratory studies, it is important to consider what research shows about coffee consumption in humans.

Example: Plant-Based Diets – Eating patterns that emphasize nutrient-rich plant foods like vegetables, fruits, whole grains, and beans are recommended for lower risk of cancer. Vegan diets, which include no animal foods at all, offer one way to eat a plant-based diet. When headlines highlight a lower risk of cancer among vegans, it may sound like that is the necessary choice for cancer prevention.

However, it’s important to note that these studies are often comparing vegan diets with a “Western diet” (high in red meat, refined grains and sweets). They are not providing a comparison to other healthy plant-based eating patterns, which may include modest portions of fish, dairy and/or red meat. Some studies, for example, show lower cancer risk with Mediterranean-style diets (which are not necessarily vegetarian). Lower cancer risk is most likely based on what you do eat as well as what you don’t eat, and finding an approach that you can realistically sustain as a long-term habit.

The play-by-play of new studies gradually advancing our understanding of eating for better health is fascinating. But it’s important to see these studies in the context of overall research. And since it’s hard for anyone to keep track of all today’s research and evaluate the soundness of methods used, the most reliable way to know that you are making smart choices is to have a few unbiased sources you count on for knowledgeable insights. Knowing the expertise of the team behind the AICR/WCRF Continuous Update Project is what makes it a go-to source for me.

3 comments on “Understanding Mixed Messaging on Diet and Cancer”