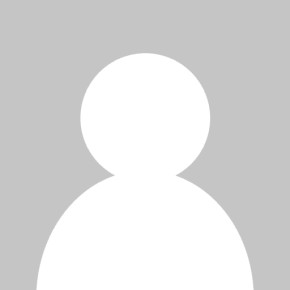 An analysis of worldwide research on diet, weight, physical activity and liver cancer has found strong evidence that consuming approximately three or more alcoholic drinks a day causes liver cancer. Published today, the finding provides the clearest indication so far of how many drinks actually cause liver cancer.

As a member of the independent panel of scientists that reviewed the worldwide research, this is a significant finding that I hope will help reduce the global number of cases of liver cancer. Currently, it’s the second most common cause of death from cancer worldwide, accounting for 746,000 deaths globally in 2012.

Excessive alcohol consumption over a period of time can cause damage to the liver and lead to cirrhosis (scarring and hardening of the liver), which is known to increase the risk of this cancer. We know that 90-95% of liver cancer cases have underlying cirrhosis. Alcohol consumption is also carcinogenic to humans, has tumor-promoting effects, and is associated with increased body fat. The latter is a concern because obesity is a risk factor for accumulation of fat in the liver, which may lead to cirrhosis and also increase liver cancer risk.

This new report on liver cancer is published as part of World Cancer Research Fund International’s Continuous Update Project – the only project in the world dedicated to systematically reviewing worldwide research on the link between diet, weight, physical activity and cancer.

This means that the findings produced are the most rigorous and comprehensive available anywhere; offering the most trusted guide to policymakers and public health professionals around the world on how to prevent cancer.

Body fatness directly affects the levels of many circulating hormones such as insulin, insulin-like growth factors and estrogens, creating an environment that encourages the development of cancer. It also stimulates the body’s inflammatory response, which may contribute to the start and progression of liver cancer. And as already mentioned, obesity can lead to cirrhosis and increase the risk of developing liver cancer.

So it’s crucial that we prevent foods infested with fungi that produce aflatoxins from reaching the human food supply. Unfortunately not all countries have monitoring systems in place to prevent this from happening. This is a particular problem in tropical countries were foods are not stored appropriately, allowing the fungus to grow and develop freely.

Many developed countries routinely monitor domestic and imported foods, but if you live in a developing country where the food supply is not monitored or tested, it’s best to avoid consuming foods potentially contaminated with fungi.

3. Drinking coffee decreases the risk of liver cancer. Compounds in coffee kick the body’s defenses into action, and may reduce inflammation, prevent damage to DNA, increase the capacity for DNA to repair itself, and improve our sensitivity to insulin (which protects against type-2 diabetes and excessive weight gain).

However, there are still many unanswered questions around the findings on coffee for us to give definitive advice on this. For example, we don’t know how many cups should be consumed and how regularly, what effect adding milk and/or sugar has, and whether the coffee drinking reported in the research was caffeinated or decaffeinated, instant or filter.

We also need to ensure that there are no harmful effects for other health conditions before offering advice. But it’s a future area of research World Cancer Research Fund International is interested in, especially as its report on endometrial cancer shows strong evidence that coffee consumption also reduces the risk of womb cancer.

Find the report’s full findings and the press release here.

Ricardo Uauy, MD, PhD.,is Professor of Public Health Nutrition at the University of Chile and the London School of Hygiene and Tropical Medicine. He has been a member of multiple expert committees on nutrition and health for the World Health Organization and the Food and Agriculture Organization of the United Nations.