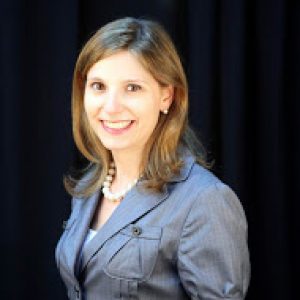 Over the past couple of years, AICR has been working to influence the development of the 2020-2025 Dietary Guidelines for Americans (DGA) to align with AICR’s research and 10 Cancer Prevention Recommendations. Following publication of the Dietary Guidelines on December 29, 2020, we connected with AICR’s policy expert Melissa Maitin-Shepard to learn more about the guidelines and why they are important.

What is the significance of the Dietary Guidelines for Americans?

The Dietary Guidelines for Americans form the basis of all federal government food and nutrition programs, policies and messaging. They are developed jointly by the U.S. Department of Agriculture and the U.S. Department of Health and Human Services and issued every 5 years. The two agencies select a Dietary Guidelines Advisory Committee (DGAC) of renowned scientists to study the research and draw conclusions and evidence-based recommendations on nutritional patterns that are beneficial for the health of the American public. These scientists draft and release a Scientific Report that is then used to inform the final set of recommendations, which is made by officials within the agencies themselves.

The Dietary Guidelines are used in many ways within the federal government. For example, meals served as part of the school meal programs must meet nutrition standards that are based on the guidelines. As another example, the Nutrition Facts label found on packaged foods is required to include information to support eating a diet consistent with the guidelines. Many state and local governments, nonprofits, private companies and health professionals also use the Dietary Guidelines to inform food and nutrition programs, policies and educational efforts.

How has AICR participated in the development of the 2020-2025 Dietary Guidelines?

AICR worked hard to ensure that our research informed the development of the Dietary Guidelines. Throughout the multi-year 2020-2025 DGA development process, AICR monitored progress, submitted several comment letters about our evidence and provided oral comments when there were opportunities to do so.

In August 2020, following the release of the DGAC’s Scientific Report, AICR provided oral and written comments in support of the committee’s evidence-based conclusions and recommendations. In particular, AICR applauded the committee for recognizing the importance of limiting red and processed meats and added sugars as part of a healthy dietary pattern. The DGAC’s recommendation for men to limit alcohol intake to no more than one drink per day, a proposed change from the current two-drink maximum that is based on outdated evidence, is also closer to AICR’s recommendation that, for cancer prevention, it’s best to not drink alcohol. In conjunction with 11 other public health organizations, AICR sent a letter strongly urging that the Dietary Guidelines include the DGAC’s recommendations on alcohol.

What are the differences between the DGAC’s Scientific Report and the final Dietary Guidelines?

The Dietary Guidelines are largely consistent with the evidence-based recommendations in the DGAC’s Scientific Report. The guidelines recommend that Americans follow a healthy dietary pattern that includes, but is not limited to, vegetables, fruits, animal- and plant-based proteins and whole grains, while limiting added sugars, saturated fat, sodium and alcoholic beverages.

While the DGAC had recommended that both men and women limit their alcohol intake to no more than one drink per day, a change that AICR strongly supported, this recommendation was not included in the 2020-2025 Dietary Guidelines for Americans. Instead, the guidelines retain the outdated advice that men may safely drink up to two servings of alcohol per day.

The DGAC also recommended further reducing intake of added sugars. AICR supported this recommendation, as added sugars provide excess calories that contribute to overweight and obesity. However, this was not included in the 2020-2025 Dietary Guidelines for Americans.

The new guidelines do not explicitly recommend reducing intake of red and processed meats. Instead, they recommend eating lean meats as part of a variety of animal- and plant-based protein foods. While the guidelines note that higher intake of red and processed meats are associated with detrimental health outcomes, and that most intake of meats and poultry should be unprocessed, these recommendations are not included as part of the Dietary Guideline’s core recommendations for a healthy dietary pattern.

How do the final Dietary Guidelines align with and differ from AICR’s 10 Cancer Prevention Recommendations?

While the Dietary Guidelines are for general health and AICR’s recommendations are specific to cancer prevention, the two are largely aligned. Both recommend eating more fruits, vegetables, and whole grains; limiting intake of foods high in saturated fat and added sugars; and eating appropriate portion sizes to manage weight. Both also recommend exclusive breastfeeding, if possible, for about six months, followed by continued breastfeeding with introduction of age-appropriate foods.

However, AICR also recommends limiting intake of red meats and processed meats to reduce colorectal cancer risk, a recommendation that is not featured prominently in the Dietary Guidelines. With respect to alcohol, the guidelines recommend limiting intake to no more than one drink per day for women and two for men. Based on evidence that alcohol intake increases the risk of at least six types of cancer, AICR recommends that for cancer prevention, it is best not to drink alcohol. To learn more about how the Dietary Guidelines align with AICR’s 10 Cancer Prevention Recommendations, register for AICR’s upcoming Lifestyle & Cancer Symposium: Evidence Matters on January 28, 2021, which will include a session on this topic.

How will AICR play a role in the implementation of the Dietary Guidelines moving forward?

AICR is committed to helping people follow the Dietary Guidelines and our recommendations through educational programs. AICR hosts events to educate key audiences about the guidelines and their alignment with AICR’s 10 Cancer Prevention Recommendations. In addition to the Lifestyle & Cancer Symposium: Evidence Matters, AICR also plans to host other educational events in 2021.

AICR’s programs, like the Healthy 10 Challenge, encourage eating a healthy diet that is aligned with AICR’s 10 Cancer Prevention Recommendations and the Dietary Guidelines. AICR also advocates for policy changes, like updates to the Nutrition Facts label, to make it easier for all people to identify healthful food choices.

How can I stay informed about AICR’s policy work and future advocacy efforts like the Dietary Guidelines?

To learn more about AICR’s policy priorities and be informed of future opportunities to engage, you can sign up here.