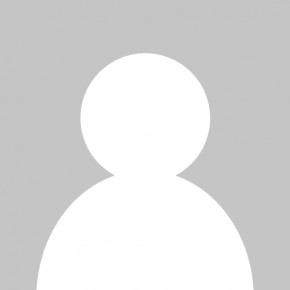 A Los Angeles County Superior Judge has ruled that all coffee shops and sellers in the state of California must label their product and warn their consumers about potential cancer risk from drinking coffee. This judgement follows from a lawsuit first filed in 2010, and refers to protections under California’s Safe Drinking Water and Toxic Enforcement Act of 1986. The judge ruled that the coffee companies failed to meet the burden of proof that coffee caused no harm.

The justification is that acrylamide, which is found in roasted coffee beans, has been linked to cancer in rats. Relatively small amounts of acrylamide is common in many food items besides coffee. The levels that cause cancer in rats are much higher than those consumed through coffee and diet in general.

On a “cancer worry” scale from 0 to 10, coffee should be solidly at 0 and smoking at 10; they should not have similar warning labels.

The studies that have measured levels of acrylamide in the blood in humans, including in high coffee consumers, have shown no hint of increased cancer risk. Coffee has hundreds of compounds with potential bioactive effects. Many of these have potentially beneficial effects, including anti-inflammatory, anti-oxidation and anti-cancer.

In epidemiological studies, higher consumers of coffee have been shown to have lower risk of a number of cancers. In fact, in an extensive review of the entire scientific evidence, the American Institute for Cancer Research (AICR) concluded that drinking coffee probably reduces risk for endometrial and liver cancer. Coffee has also been shown to decrease risk of other cancers, such as prostate, oral cancers and colon cancer, though more research is required to determine if these are cause and effect associations. In addition, coffee reduces risk of diabetes, which increases risk of cancer and death.

There are hundreds of epidemiological studies on coffee and cancer and essentially none suggest increased cancer risk. On a “cancer worry” scale from 0 to 10, coffee should be solidly at 0 and smoking at 10; they should not have similar warning labels. Those who like drinking coffee should have no concerns at all, except perhaps, if they add too much sugar and cream or are very sensitive to the effects of caffeine.

As AICR celebrates its 40th anniversary, one of its remarkable achievements is the development of...