WASHINGTON, DC — Barely a third of Americans know that physical activity reduces the risk of cancer, according to a new AICR survey that shows many Americans remain unaware that diet, activity, and weight play a role in their cancer risk.

The online survey commissioned by AICR reveals that too many Americans still cling to the myth that they are powerless to prevent cancer. The survey was released on World Cancer Day and in Cancer Prevention month, occasions that work at dispelling cancer myths and improving general knowledge.

“This tells us there are millions of Americans who don’t yet have the information they need. Who are ready to hear the empowering message that they can take steps to protect themselves – they just haven’t heard it yet,” aid AICR’s Associate Director for Nutrition Programs Alice Bender, MS RDN.

The AICR Cancer Risk Awareness Survey asked respondents to agree or disagree with several statements about cancer risk, including: 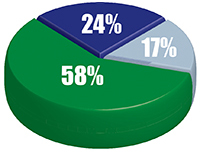 People can’t do anything to change their risk of getting cancer. 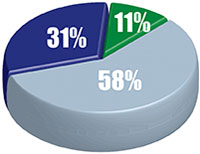 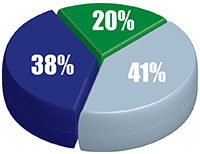 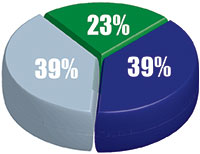 How active someone is affects their risk of getting cancer. 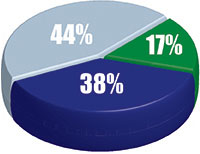 Getting less processed meat (e.g. bacon and salami) reduces the risk of someone getting cancer. 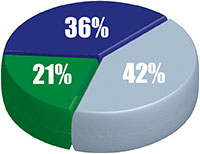 Whether or not someone gets cancer is mainly due to their genes or family history.

“The research shows that we can do something about cancer risk, but first we have to make those healthy choices. That’s the message that the public needs to hear: DO SOMETHING,” said Bender.

Updated AICR preventability figures estimate that approximately 374,000 cancers in the United States per year could be prevented by Americans making changes to our diet, weight and physical activity. That figure represents approximately one-third of the most common US cancers.

NOTE: Results from YouGov online AICR survey of 1,233 US adults conducted between Dec 13-16, 2013. Results are weighted and are representative of all US adults (+18 years old) Raw data is available by contacting communications@aicr.org.