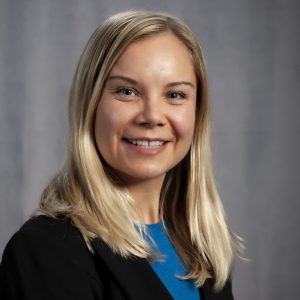 Melissa Habedank Bender is the Senior Director of External Relations for the American Institute for Cancer Research (AICR). In this position, she builds and leads evidence-to-action programs and professional partnerships that support and sustain translational science, training for health professionals, and clinical-to-communities initiatives.

The American Institute for Cancer Research (AICR) recently published the latest findings from its Coping with Cancer in the Kitchen (CCK) pilots in a special issue of Nutrients titled, “Clinical Nutrition for Cancer Patients.” CCK is one of AICR’s newest programs that is specifically targeting cancer survivors.

The findings of the original pilot study in 2017 and the subsequent dual-site randomized control trial pilot study in 2019 show that CCK can help cancer survivors establish and maintain healthy dietary behaviors and improve their general well-being. The findings also demonstrate the usefulness and effectiveness of the evidence-based, multi-disciplinary, community-based behavior change program for cancer survivors who are eager to learn how they can reduce their risk of recurrence or of a secondary cancer and apply these learnings in a sustained way to their daily lives.

For more information about CCK, we spoke with Melissa Habedank, AICR’s Senior Director of External Relations, who managed the 2019 CCK pilots and co-authored the recent article.

What Prompted AICR to Develop a Program Like CCK?

CCK targets the nearly 17 million cancer survivors living in the US in 2019, a number that is expected to grow to more than 26 million by 2040.

It was developed in response to the demand by health professionals who lamented the lack of a standardized, evidence-based, multi-disciplinary health behavior change curriculum for cancer survivors – a curriculum that would proactively address the post-treatment “cliff” by also providing ongoing social and emotional support and addressing general well-being.

The strength of the intervention – and what truly sets it apart – is its three unique components that are amalgamated in its weekly in-person sessions: (1) AICR’s diet and nutrition evidence, (2) experiential culinary demonstrations and recipe tastings and (3) guided social and emotional support.

These days, depending on where you live, it can be fairly easy to find a stand-alone nutrition lecture, exercise or physical activity guideline, cooking class or support group. It is nearly impossible to find one evidence-based program with each of the best parts of these critical components wrapped into one but that’s what CCK does.

What is the Significance of the Two CCK Pilot Studies?

We wanted to test the effectiveness of the designed curriculum in a real life setting of cancer centers and communities where the program will finally be delivered. In order to do that, we conducted two robust evaluations – the first during an initial pilot in 2017 and the second during the most recent pilot (using the gold-standard randomized controlled trial study design) in 2019. The pilot study locations deliberately and carefully included urban and suburban areas and ranged geographically from the West Coast to the East Coast to the Midwest.

The 2017 pre-post intervention effect on patient-reported outcomes showed a significant increase in cooking confidence, a perception of dietary quality and a sense of control over cancer. It demonstrated that community-centered education and support services led by trained providers can address eating and nutrition needs and empower those living with cancer.

We were very pleased with these results, but we wanted to know more and were eager to dig deeper to better understand the impact on participating cancer survivors. To that end, we conducted a randomized controlled trial in 2019 in several new centers, evenly assigning participants to either attend the 8-week CCK curriculum sessions in-person (intervention group) or to receive printed CCK curriculum session materials at home (control group). Baseline, post-intervention (9 weeks) and follow-up (15 weeks) assessments used validated instruments to collect data, and a linear regression analysis was used to test the intervention effect on follow-up scores at 9 and 15 weeks.

What are the Findings of the 2019 CCK Randomized Controlled Trial?

Some of the key findings include:

We hypothesized that participation in the CCK intervention group would improve health-related outcomes post-intervention (i.e., healthy dietary behaviors) through increased knowledge about a plant-based diet, increased confidence in preparing a variety of plant foods, and decreased barriers to eating fruits, vegetables and whole grains over the intervention period and be sustained at 15 weeks, so we really have achieved so much of what we hoped and anticipated.

What is Next for CCK?

Now that CCK has been scientifically validated, AICR is making some additional refinements and repackaging it for 2021 and beyond. This means we are working hard to transition it to a fully scalable, sustainable program for use in communities across the United States. Doing so will continue AICR’s cutting-edge survivorship work by putting our evidence into action and our research into practice.

If you are looking for additional information about CCK, you can find it on AICR’s website. Here you can also complete an online submission form to be among the first to receive upcoming information about hosting CCK in your community.

Coping with Cancer in the Kitchen is a joint effort between AICR, Living Plate and Cancer Support Community Central New Jersey.