Q: Does physical activity protect against catching a cold or wear down your resistance? 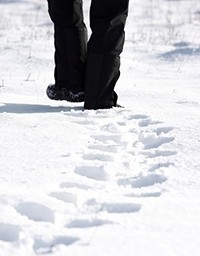 A: Regular moderate physical activity reduces the risk of respiratory infections, according to the American College of Sports Medicine. The common cold is an upper respiratory infection caused by a virus. Whether you get sick with a cold after you’ve been exposed to a virus depends on many influences on your immune system, such as how well you’re eating and whether you’ve been getting enough sleep, as well as age, stress and tobacco use. Physical activity seems to be among those important influences, too. Intense heavy exercise (as in runners training for a marathon) may decrease immune function and leave people more vulnerable when exposed to cold viruses.

However, several randomized controlled studies have shown that people walking 35-45 minutes five days a week reported about half as many days with cold symptoms as inactive people in the studies. Part of this protection may come from promotion of healthy IgA levels, the immune cells particularly linked with fighting colds and other respiratory infections. In several studies of seniors age 65 and above, those assigned to an aerobic exercise group showed better IgA levels than did a control group. Several large population studies have also shown that frequent aerobic activity compared to a sedentary lifestyle predicts fewer sick days during the cold season.

For more on adding activity to your day, our Getting Started section offers ideas.