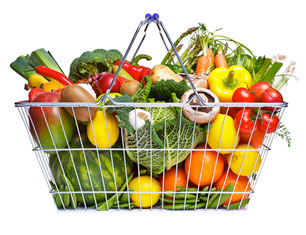 Improvements in early diagnosis and advances in treatment mean that more people are surviving cancer. A cancer diagnosis is theoretically a “teachable moment” but does it actually change how people eat? A new study, published earlier this month in the International Journal of Cancer, shows that for many women, a cancer diagnosis is a strong incentive to eat more fruits and vegetables.

The study was conducted in France as part of the E3N-EPIC study, a large, prospective cohort that began in 1990. The cohort comprises more than 98,000 women who work in France’s national education system and range in age (at baseline) from 40 to 65 years. Every two to three years, the women complete a questionnaire that asks questions about their lifestyle, overall health, and any newly diagnosed diseases such as cancer.

In 1993 and 2005, approximately 53,000 of the women also completed a food frequency questionnaire, or FFQ. The FFQ asked questions about how much and how often they consumed particular foods and beverages, including fruits and vegetables. Items in the fruit group included fresh fruit and juice, fruit puree, and fruit in syrup; items in the vegetable group included raw and cooked vegetables, including soup.

The researchers wanted to know whether women ate more fruits and vegetables after learning they had cancer. “Fruit and vegetable consumption is a good indicator of overall diet quality,” says Aurélie Affret, PhD, Chair of Research in Prevention for the Institute of Public Health, Epidemiology, and Development at the University of Bordeaux, and the lead author of the study. They also wanted to know if those changes were influenced by the type and stage of a woman’s cancer and whether socioeconomic factors played a role, too.

During the 12-year period between the two FFQs, more than 4,600 of the women received a cancer diagnosis, so the researchers could compare data between the type of cancer the women had and the stage at diagnosis (stages 0 – I versus II – IV). Cancer stage describes how advanced the disease is at time of diagnosis and influences survival and prognosis.

However, after their diagnosis, they increased their fruit and vegetable intake by approximately 134 grams or 65 calories each day – roughly equivalent to 1 cup of raspberries or 1½ cups of raw, chopped broccoli. AICR recommends eating at least 5 servings (15oz/2½ cups in total) of a variety of non-starchy vegetables and fruits every day.

The dietary changes were not observed across all cancer types; “When we looked at individual cancer sites, the increase was only observed in women with breast cancer,”says Affret.

Socioeconomic status played a role in the women’s behavior, too.  Women with no partner and no children were more likely to increase their fruit and vegetable intake compared to women who were married or had children.

“These findings suggest that a cancer diagnosis, especially among women who have breast cancer, can provide a “teachable moment” – an opportunity for positive lifestyle changes when women are more likely to follow recommendations that might help them improve their health and increase their chances of survival after cancer,” said, Affret.

AICR advises cancer survivors to follow the recommendations for cancer prevention when and if they can. AICR also provides a wide range of information for cancer survivors, including the most up-to-date research on survivorship, healthy lifestyle tips, and more.

—
The study was funded by Mutuelle Generale de l'Education Nationale.